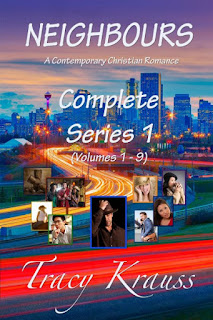 
Lester Tibbett, a former rodeo cowboy from Southern Alberta, moves to the big city for work – and to look out for his wilful teenage sister. In the process, he meets up with a cast of quirky characters, most living right in his own apartment building. With romance, intrigue, humour and a touch of the unexpected, the twists and turns just keep coming as the first 'season' of NEIGHBOURS unfolds. Likened to popular TV show ‘Friends’ with a moral message and a distinct Canadian flair, this full-length novel contains all nine novellas from the first ‘season’. 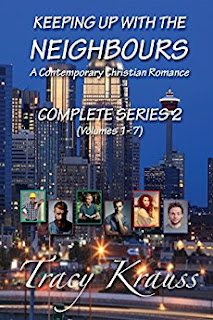 KEEPING UP WITH THE NEIGHBOURHOOD - COMPLETE SERIES 2


Look out! The Malloy family have taken over the neighbourhood, starting with Jed, whom we met in Neighbours Series 1. Jed is a downhome boy from Newfoundland who’s a bit rough around the edges, but he’s the first to lend a helping hand when needed. His colourful and sometimes raucous siblings – Bo, Reba, Pip, Will, and Zeb – join him one by one in the western city of Calgary, Alberta. There’s plenty of laughter, romance, and a few surprises, as the Malloy clan get together. In the midst of the surprises, a greater love than any one of them ever expected comes to call: The love that only God can give. This novel contains all seven novellas from the second ‘season.

Note to readers: This series, although labelled ‘Christian’, does contain elements that may be troubling to some readers, such as the use of alcohol as well as pre-marital sexual encounters. (The latter take place ‘off camera’.) There is, however, a faith based element throughout with a strong redemptive message at the end of the series

TIP:  If this novel is part of a series, tell us about the series.
Tracy: The blurbs explain the story line well, but the thing that they don’t say is that each separate ‘volume’ (short novella) is written from a different character’s POV. I’d read a book year’s ago by Maeve Binchy that did this and I really liked the way the story continued to progress, but from a totally different perspective than the previous chapter. It was a ton of fun weaving the story together like that, but I had to be conscious of what things each character would know or NOT know.

TIP:  Tell us something topical, interesting, funny, or something we would not expect about the writing of this novel.
Tracy:  I had the idea for this series for quite some time, but I ended up writing much of Series 1 as a Nanowrimo project in 2014. I pitched it to a publisher (Helping Hands Press) and it released the following year in short instalments. They also wanted to release Volume 1 in audio format. One of the prominent characters, Jed Malloy (who becomes the main character in Season 2) has a very distinct ‘Newfoundland’ accent. The voice actor hired to read the story just couldn’t get it right, and for those of us who ‘know’ how a Newfie accent sounds, it was important to make sure it had that lyrical cadence in order to sound authentic. We had quite the hilarious time going back and forth with samples, and I even took it upon myself to learn the accent and try to show him how it should sound. The final product, although not perfect, is a blast to listen to. Unfortunately, it is no longer available due to some contractual issues. I’ve since re-released Series 1 and also wrote and published Series 2.

TIP:  If this novel is holiday themed, or is releasing on or near a holiday tell us how you feel about that holiday.
Tracy:  The ninth novella in Series 1 – THERE GOES THE NEIGHBOURHOOD - takes place around Christmas time, which I enjoyed writing because it allows for some nice uncontrived ‘gatherings’ of characters and it’s an open door to talk about the gospel in a natural way. The first volume in Series 2, NEIGHBOURHOOD TANGLE - JED, picks up right after Christmas with a new year’s celebration at the ‘Urban Cowboy’ – a local watering hole where much of the action takes place.

TIP:  Do you write exclusively in one genre, or do you "cross-over" to other genres? What draws you to the genres you write in?
Tracy:  I write stage plays as well, which started because of my ‘day job’ as a high school drama teacher. I was looking for plays that would fit my students and ended up just writing something instead. Seventeen years later, I have quite a few plays under my belt and have been fortunate to have several picked up by various play publishing houses. To be honest, I do quite well with my plays, which surprises me because they aren’t what I would consider ‘high literature’, but I’ve had them performed all over North America.
TIP:  When did you start writing for publication? And why? What drives you to write?
Tracy:  I’ve been witing for over thirty years, always with the ‘hope’ of publication, but that didn’t become a reality until 2009 when my first book AND THE BEAT GOES ON was published. (By the way, I just re-released it under a new name –CONSPIRACY OF BONES– currently free on amazon.)

TIP:  Do you have a presence on social media? If so, where do you interact with readers the most? [Give the link to the one where you want readers to contact you?
Tracy:  Facebook pag


Tracy Krauss is a multi-published and award winning author of contemporary Christian romance with a twist of suspense and a touch of humor. It’s fiction on the edge without crossing the line. Also an artist and playwright, she currently lives in beautiful BC, Canada.

Tracy Krauss, Fiction on the Edge Without Crossing the Line ~ website

TEXT
Posted by Nike Chillemi at 7:25 AM

A space for the inspired writer. 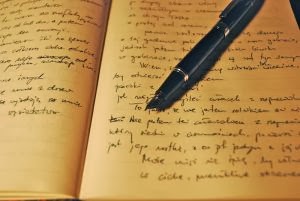 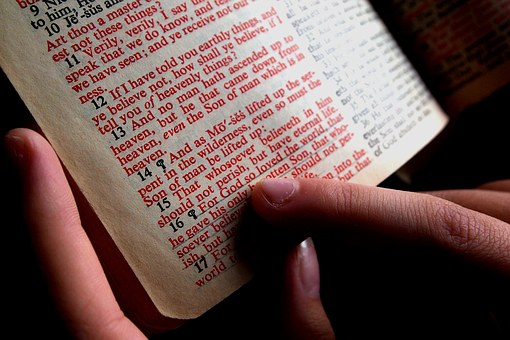